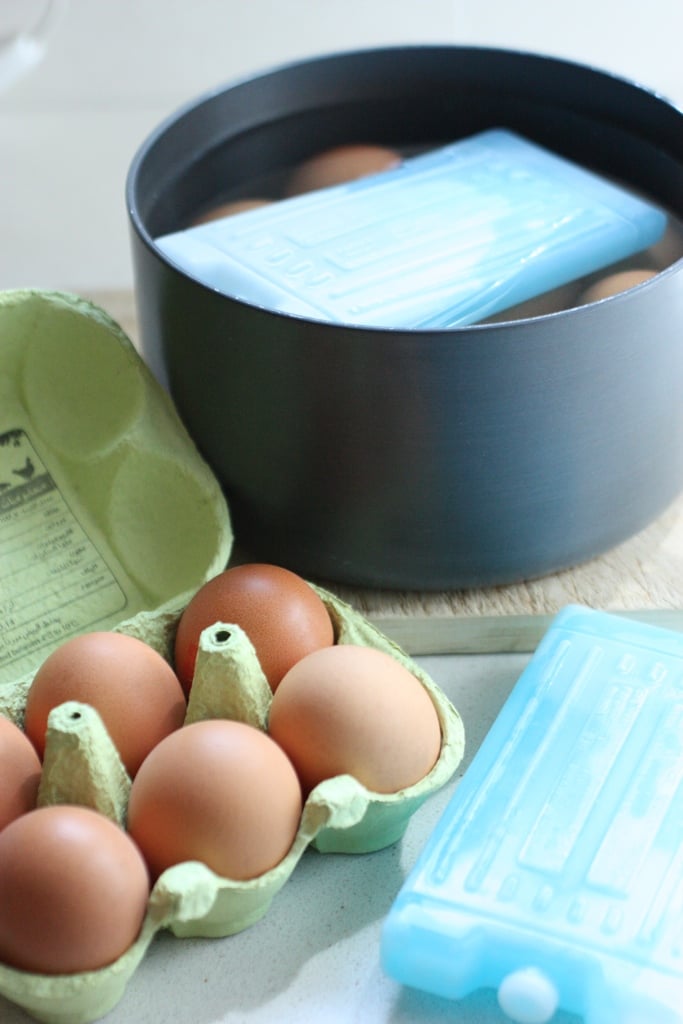 There are more than a few things that make living in Dubai different to much of the rest of the world. For a start, it's hot ... hot in a silly way for a big chunk of the year and because the temperature is always 'variations on hot' we don't really experience seasons as such. You wouldn't believe how often, without those seasonal signals, I completely forget where we are in the year. As well as forgetting what I went upstairs to find. But that's just an age thing I'm sure.

And although the water in swimming pools in Dubai is chilled for much of the year (yes, really - it's like swimming in soup otherwise), the same can't be said for the water that comes out of the cold tap.

Cold water tanks here are generally outdoors and so they get hot. Really hot in the summer. As a result, the water that comes out of the cold tap is tepid at best, hot at worst. Euggghh. In the summer months, many people turn off their water heaters and use the hot as cold ... and the cold as hot. And either way round the cold is never really cold. Are you still with me? It's one of those things that you just get used to but it becomes problematic when you're trying to cool down something in the kitchen and you want to do it quickly. Running it under a tepid tap is a bit of a let down after all.

So here's my No Fuss Tip and it's a useful one even if you live somewhere were you get properly chilly water coming out of the cold tap. When you need to chill something quickly - for me it's often cooling hard boiled eggs, but also steamed vegetables where I want to chill them quickly so that they will stay green - first fill a bowl or your pan with cold (or cold-ish) water. Now at this stage you might throw some ice in there to make it really cold or alternatively keep the tap running so that the water is constantly refreshing.

OK - first of all Turn Off The Tap ... there's no need to waste that water. Now secondly, ask yourself, is ice as rare a commodity in your house as it is in ours? Mmmmm, thought so. Instead, go into the freezer and grab yourself a couple of ice packs and immerse them in the water and leave them there. The water will get properly cold really quickly and will stay cold for much longer than the ice cube approach. Plus there'll be no need to have water running down the plug hole.

Useful and practical too? I hope so.