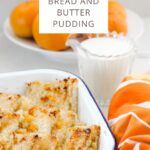 To prolong that festive holiday feeling we went to the cinema en famille yesterday.  It's rare that we can find a film that Mum, Dad, two teenage boys and our 8-year-old 'extra girly, fashion-loving, happily-ever-after-seeking' daughter all want to see - but this time we had the perfect candidate ... Paddington.  It was a wonderful mixture of cute, funny, magical, nostalgic, a bit Christmassy, not too schmultzy.  Completely, definitely my new favourite film.

But most crucially, it's a film about home and the importance of being made to feel welcome in a new home - 'in London nobody's alike, which means everyone fits in' ... that gets top marks for a beautiful sentiment from me.

Oh yes, and it's also a film about how every family should have a Marmalade Day once a year.

So from 'marmaladeandme' to you - here's my interpretation of a Marmalade Day ... Find someone you love and watch the Paddington movie together.  Then when it's over and you are feeling as warm and fuzzy as a bear after a blow-dry, indulge in this Marmalade Bread and Butter Pudding to complete a perfect, chocolate box experience ... it's made with Paddington-worthy marmalade sandwiches after all.

And here's how to make this Marmalade Bread and Butter Pudding

This is an ideal festive leftovers dish too.  Leftover turkey is a given, but I also always have a supply of other leftovers - 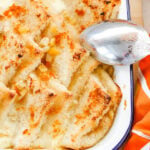 This is very quick and easy to make.  First make marmalade sandwiches; then whisk together a cream, egg, sugar mix; pour the mix over the sarnies; top it with orangey crunchiness; pop it in the oven.

A tiny bit tweaked from a recipe by Delia Smith.