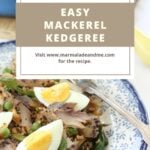 There's a lot of banter in our house, particularly around the dinner table. It's rarely heavy stuff - shallow is the new deep, after all - and often a 'theme', if you like, hangs around for a while. So, picture the scene ... #1 teenage son points out that his younger brother's hair (which used to be just slightly wavy) is getting so curly that he's beginning to rival a young Michael Jackson. Without a moment's hesitation, he's back, reminding his older sibling that although HIS hair is now full-on curly at least it doesn't have the texture of a carpet, as his does (it's the chlorine, you know). OUCH. I'll interject here and point out that I think he's wrong with the carpet analogy. For me, it's much more 'fake fur' ... you know, that synthetic squeak.

Soon the banter has moved off hair and onto, 'Who is the least scary person that you know?' Anyone who looks like an emoticon, we concluded.

The banter between siblings (particularly teenage boys) often gets competitive, and never as much as when we're talking about swimming. Post-training there's always a 'How was your session?' analysis ... and so the competitive banter commences.

They might as well be talking in Swahili. Last weekend, one of the swim coaches declared #2 teenage son as 'The King of Banter'. I reckon that made his day. Possibly his week.

Occasionally, the competitive sibling banter touches on school work. Who can recite the quadratic formula the fastest? What appears next to Magnesium on the periodic table? The other evening, I caught them having a race to see who could correctly spell dyslexic. Not sure they realised the true irony of what they were trying to do.

I'm definitely not The Queen of Banter and I certainly could never compete in the pool with either teenage sons (or my 8 year old daughter, come to think of it). I'm confident around the quadratic formula (maybe influenced by #1 teenage son's old Maths teacher who declared that knowing the quadratic formula is the key to securing a lifetime of party invitations. I'm still waiting, by the way). And as for the periodic table - it's just a distant memory.

But challenge me to create family dinners (day in, day out) that will fuel the competitive swimmers, feed their brains and keep the family banter flowing and I'm there. No hesitation. And this Easy Mackerel Kedgeree ticks all the boxes. It's a twist on that most colonial of (breakfast) dishes, kedgeree - a comforting combination of rice, fish, peas and hard-boiled eggs with a subtle curry flavour running through it.

Influenced by a Nigel Slater piece in the Guardian, I've used brown rice (to keep you fuller for longer) and peppered smoked mackerel fillets (to save you having to cook the fish first). Brown rice takes much longer to cook than white rice, so I tend to cook up the rice either the night before (while I'm in the kitchen doing other things) or earlier in the day when it's not such a race against the clock. That's just to warn you, so that you can get ahead if you want to.

So why do I think that this Easy Mackerel Kedgeree will get you (and your family) doing high fives over the dinner table?

I'm certain that you're going to love this Easy Mackerel Kedgeree and hopefully it will do a sterling job of fuelling your next round of dinner time banter ... it's what keeps the dining table alive after all ... 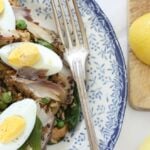 Healthy comfort food. Brown rice and peas to balance the mild spiciness; fresh spinach as a foil for the mackerel + an egg or two.

Cook your brown rice and hard boiled eggs ahead of time to make this less hassle at dinner time.