Boy, boy, girl.  That's the order in our family.  So, for the first seven years it was all about the colour 'blue', Thomas the Tank Engine, robust jeans, Power Rangers, Match Attax and Captain Underpants.

Then in June 2006, our beautiful bundle of girly joy arrived and our world became swathed in a whirlwind of pink.  Literally.  Pink with glitter and sparkles and bows and sequins and matching handbags; dolls with matching outfits and hairstyles ... oh my, the hairstyles.

There is a difference between boys and girls for sure but none so much as when you enter the world of school dress-up days.  I'm sure many schools follow a similar pattern to ours - Roman Day, Egyptian Day, Greek Day, Mexican Day, Book Week Character Day ...

So it's true to say that I cut my teeth in the world of fancy dress creation on costumes for boys.  There was only one rule - the 'we can only use things that we already own and have in the house' rule.  I wasn't setting myself up for a series of catastrophic failures as we have always had an extensive ' dressing up box' - the wicker basket filled to overflowing with stuff ... or to be more precise - 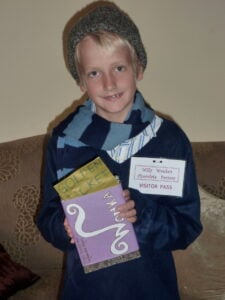 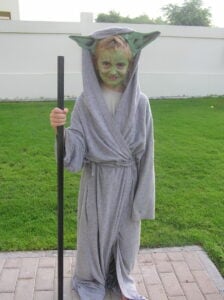 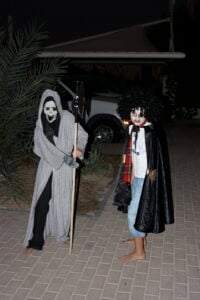 3  A tired white bed sheet became a toga for Roman Day ... twice ... and then was ripped into shreds - literally - to make a Mummy costume for Halloween.

4  And then my personal favourite, a green stripey tablecloth destroyed by loads of blue wax from dripping candles (remember those from the 90s?) at a dinner party and then retired to the dressing up box.  This made a sensational 'slave' costume ... and of course every period in history had slaves ... 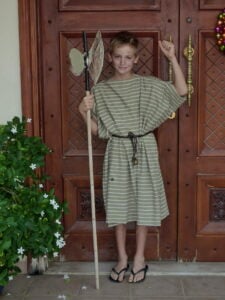 The theme of our fancy dress, was definitely 'resourceful making-do'.

And then Hella arrived and our fancy dress world changed beyond recognition.  'Making-do' was not an option ... the costume needed to be just right and would most often necessitate a small purchase of something rather lovely, some accessories and of course ... the hairstyles.

Mummy to Hella - "Tell me the sort of clothes you want to be wearing on Character Day."
Hella to Mummy - "Well, I want to be cute.  Cute and pretty.  And maybe a bit funny too.  Long, stripey socks would be good.  And perhaps some denim shorts.."
Mummy to Hella - "How about Pippi Longstocking?  I saw some cute, denim dungarees the other day and we could plait your hair and spray it orange."
Hella to Mummy - "Perfect." 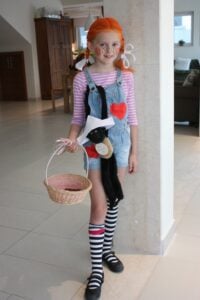 Done and done.  LESSON LEARNED - to preserve family harmony, decide on the 'right' clothes first and then find a character that fits.

Pippi baked Gingerbread Hearts in the first book and so these also became part of the costume - although I'm pleased to point out that we strayed from total authenticity by not rolling them out on the floor...

This is a winner of a recipe from Delia's Cakes.  The dough is extremely well behaved and will handle no end of rolling and re-rolling.  They are delicately flavoured with ginger, orange and a touch of cloves and can be rolled out super thin without shattering.

Obviously,  you can decorate them however you like, but for me it has to involve Smarties secured with a dab of icing.  At Christmas I make them in the shape of Christmas trees and decorate them with green icing and Smarties baubles.  For girly birthday parties - pink, white and sparkles are the order of the day.

They will keep well for a few days in an airtight container and are a favourite of young and old.  The boys don't seem to mind the girly, pink, sparkly icing either.... Clearly it isn't just in the world of fancy dress that they are much easier to please .... 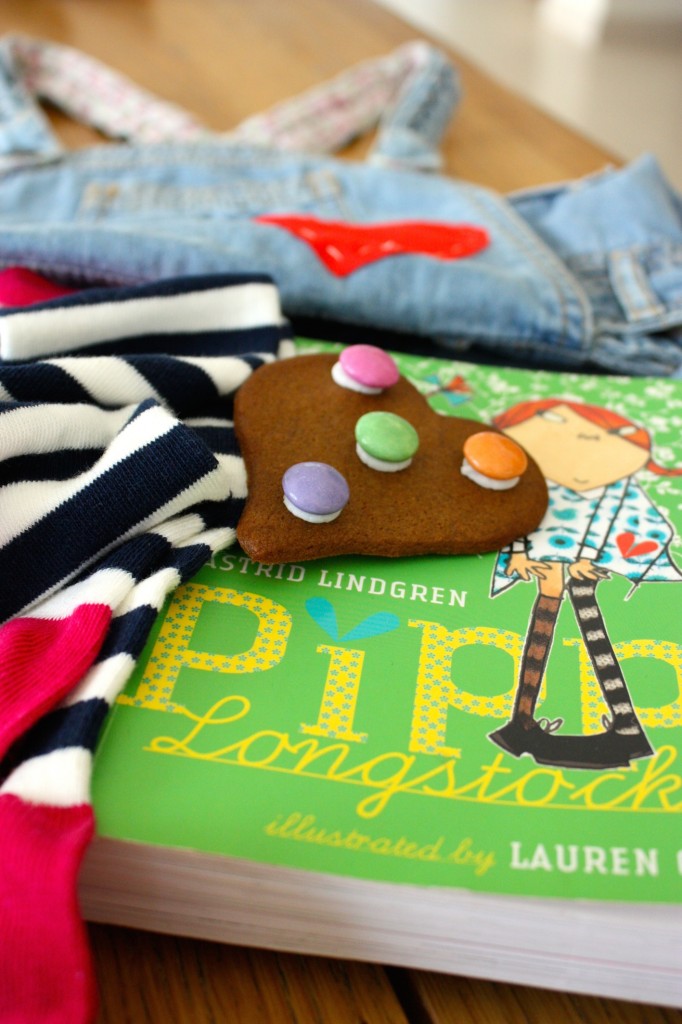 The dough is extremely well behaved and will handle no end of rolling and re-rolling.  They are delicately flavoured with ginger, orange and a touch of cloves and can be rolled out super thin without shattering.

Adapted from a Delia recipe