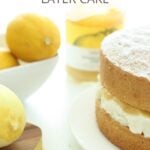 It was #1 teenage son's 16th birthday earlier in the week. How can that be possible? Surely it was only a moment ago that he was a podgy baby, throwing up over everything (and I mean EVERYTHING) and now he's a tall, strapping guy choosing his 'A' Levels and smelling always of chlorine. How things change ...

But what do you buy as a birthday gift for a teenager who only ever really wants things that he NEEDS? It's an admirable trait for sure (and one that his younger sister could learn from) but it does make this time of year challenging. Particularly coming so soon after Christmas. And made worse by the fact that #2 teenage son's birthday follows just 4 days after his. Boy, that was some bad planning on our part ...

Me - "Have you any ideas what you might like for your birthday?"
Short break for thinking time.
#1 teenage son - "Well, I did think of something - but now I can't remember what it was ..."

AAAAAaaarrrggghh. And it's much more difficult now that CDs, DVDs and books are not an option. What is a desperate Mum supposed to do?

Dig deep - that's what she's supposed to do. Dig deep for inspiration and opt for 'speed shopping'. Shop under time pressure and somehow the ideas seem to flow better. It works for me.

So what gifts did #1 teenage son receive to celebrate his special day?

And then of course there was the cake - a Lemon Layer Cake - to round off his birthday and to accompany the singing and the candles. And it only took one blow to extinguish all 16 of the candles - that'll be a swimmer's lungs I guess.

And why is this Lemon Layer Cake my current favourite... with or without a birthday to celebrate?

And I completely didn't expect that taking cakes into school would still be a thing when you're 16, but I was so wrong with that. I guess there are some things that you're never too old for. 24 lemon butterfly cakes later and we're ready to go.

Anyway, I'm off for a spin (and a snooze) now in a spinny chair ... Enjoy your Lemon Layer Cake! 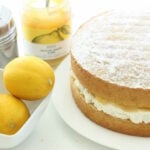 A perfect celebration cake, or an ideal choice when you fancy a bit of baking and don't want to spend ages in the kitchen. High impact, low effort, I'd say.

For the cream cheese frosting -